On February 2018, I got a assignment from my supervisor to hold a meeting with the provincial government in Nusa Tenggara Barat Province and also carry out the field surveys at the same time.

Before leaving for Mataram, Mba Bulan, Mas Giri, and Me prepared the materials that needed during our DL. Those materials include administrative documents, presentations, and maps. Besides that we have to make a list of things that must be collected for accountability documents a.k.a SPJ, and because that was my first DL, so Mba Bulan explained me in detail about it.
At mataram, we visited a village of woven fabric craftsman in Central Lombok, and after that, we met Mrs. Sitti Hilyana to coordinate the meeting that will be held with the provincial government. Honestly, getting involved with the provincial government made me feel very nervous, more nervous than final thesis exam. 😄
After meeting with the provincial government, we continued to fly from Mataram to Bima. We've carried out field surveys to Teluk Saleh to observed the potential of seaweed cultivation and once met with the head of a seaweed cultivator cooperative in Dompu.
The majority of coastal communities in Dompu are seaweed cultivators, and fishermen. They made me reliazed what the hard work is and also patience. Seaweed farmers and fishermen rely on the harvest season, and when it is not time to harvest, they did the other jobs, such as corn farming. Dompu and Bima are districts that have extraordinary corn farms. If we go all the way from Bima to Dompu, we'll find the hills filled with corn farming, such as the mountain of corn.

Besides we've visited Teluk Saleh, we have also been driving throughout the Bima Bay with the head of fishery agency of Bima, Mrs Zaenab. Mrs. Zaenab accompanied us to the location of the water pollution, the construction site of the airport, the location of the sedimentation, and she accompanied us to coordinate with the Head of Bima Port Office (KSOP). We discussed the main problems that occur around the Bima port. Thus, the head of KSOP explained that Bima port is the main port which is the gateway that supplies logistics for the people in Dompu, Bima and Bima City. if the main port is out of action due to sedimentation problems, then the logistics needs in these 3 cities will be hampered.
Afterwards, we went to a beautiful village called Kolo. We have visited a 5 GT ship craftsman in Kolo Village. The least we thought before, we had prepared lunch including grilled fish with dabu-dabu sauce and also fresh coconut ice. 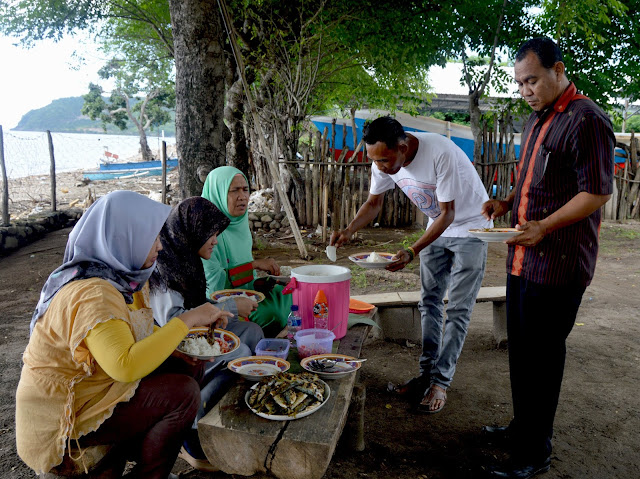 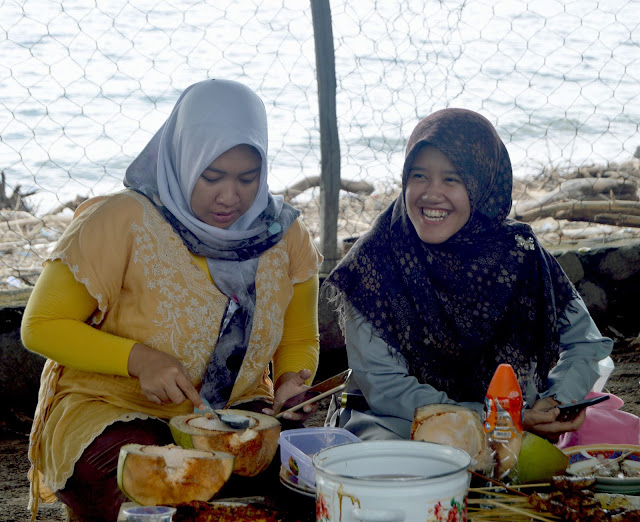 About one week of the DL trip, then we returned to Jakarta. We felt so grateful for the hospitality. But so sadly, we said goodbye to our partner in Bima, they said  to us .. "Kalembo Ade", which means "May your heart be spacious and patient". Our driver explained that the word has a very deep meaning for people in Bima, Dompu and Sumbawa. Even so, they used that word even to people they just met, like us. ooh, I'm very touched. 😢
Labels: archipelagolife